The power of emotion: using emojis and emoticons to gauge customer experience

The smiley not only has widespread recognition around the globe, but is genuinely effective in helping to build an emotional connection with the customer.

From Forrest Gump to that iconic Nirvana logo, there are few visual devices more instantly recognisable than the smiley face – in all its variations.

For a design featuring what’s been described as “the most universal and recognisable facial expression”, the smiley has a surprisingly short history. The definitive origins of the smiley are hard to pin down, but most sources point to Massachusetts-based commercial artist Harvey Ball, who came up with the design as part of a life assurance company’s “friendship campaign” in 1963.

Ball may only have got $45 for his efforts, but the iconic smiley has endured – conveying positive emotion, and encapsulating a happy vibe, whatever your language, in a way that can be more complicated to express in words.

You have to fast forward to September 1982 for the first documented use of a smiley in type.

That was Professor Scott Fahlman of Carnegie Mellon University, who came up with the idea of using these new “emoticons” – :-) for joking and :-( for not joking – to convey tone in text. There was no World Wide Web back then, but the Usenet discussion system meant that news of Fahlman’s innovation was able to spread.

The emoticon versus emoji question

Today, the 🙂 has become so ubiquitous that whatever device you’re using will often try to convert it straight into 😊, rather than assuming you have a thing for complicated punctuation combos – and that’s an opportune moment for us to address the confusion between emoticons and emoji (or emojis – the “s” on the plural is optional).

As you’d expect, the word emoticon is a combination of ‘emotion’ and ‘icon’, and refers to something made up using characters on a keyboard – like our :-). However, different keyboards for different languages mean that emoticons vary from place to place.

For example, the Russian keyboard doesn’t have a colon – which is a problem if you want your face to have eyes – so people over there make do with just ) instead, or ))) if they’re really happy.

Equally, a user in Japan or South Korea is more likely to opt for a vertical emoticon – like ^_^ – rather than the British or European horizontally aligned format.

The emoji, in contrast, is a somewhat newer creation – dating from 1999 –  and derives from the Japanese ‘e’ for ‘picture’ and ‘moji’ for ‘character’. So, where an emoticon is created by text, an emoji is a small image used to represent a particular emotion or entity – like 😊. That still doesn’t stop the two terms being mistakenly used interchangeably, though.

Apple’s release of an emoji keyboard for iPhone in November 2008 is seen as the moment when emojis really entered the mainstream. From a relatively limited set of emoji to start with – but including various smileys, of course – the Unicode Standard now ensures that emoji characters are cross-compatible across devices, platforms and borders.

Indeed, in many cases these days, it’s hard to imagine writing a tweet, WhatsApp message or Facebook post without the use of emoji to convey those nuances – of humour, sarcasm or cheekiness – that can be easily lost if words are taken at face value.

As “Emoji Analyst” Dr Sarah Wiseman has argued, “the use of emoji in digital communication can convey a wealth of emotions and concepts that otherwise would take many words to express” – even if some emoji, such as 🍑, are themselves open to more interpretation than the simple smiley.

From the user point of view, having the right emoji to express what you are feeling is a consideration that informed Facebook’s recent adoption of a new “Care” reaction during the COVID-19 pandemic, alongside the longer-established “Like”, “Love”, “Haha”, “Wow”, “Sad” and “Angry”. 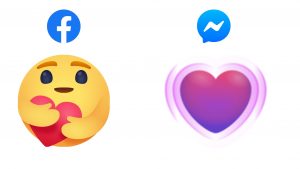 Tweeting about the newly introduced reaction, Alexandru Voica, Facebook’s communications manager for the EMEA region, explained that it was “a way for people to share their support with one another during this unprecedented time… in ways that let their friends and family know they are thinking of them”.

Or, as the head of the Facebook app, Fidji Simo, elaborated, “as we’ve spoken with people about the kinds of emotions they want to convey in relation to posts they see in their NewsFeed, ‘Hug’ is one of the most frequently suggested ideas – indicating that there may be a strong need for people to express sympathy or emotional support that might be a little different from our existing ‘Like’ or ‘Love’ reactions”.

Hence, for all that emoji might be perceived as fun or frivolous, there are also serious discussions to be had about what Dr Linda Kaye calls emoji’s “important psychological and social functions within human communication” – and, in a customer situation, what impact emoji have on customer behaviour.

Looking specifically at smiley emoji, Dr Kaye notes what she refers to as a particular impact “on recipients’ emotions through the process of emotional contagion” – the phenomenon where we can “catch” someone (or something) else’s mood through a process of “subconscious sharing”.

In customer contexts, Dr Kaye suggests that emoji have been shown to be “a useful method for measuring emotional associations to consumables such as food and drinks” – and Frédéric Durand, from call centre cloud software company Diabolocom, has picked up on similar themes, arguing that “creating a memorable customer experience with positive emotions is central to driving brand attachment and generating customer recommendations”.

For this to work, Durand suggests, you need to speak the customer’s language – and what better way to do that then by “adopting emojis in customer communication”?

Experts disagree on the extent to which emoji truly represent a “universal language” – Dr Wiseman, for instance, cites those researchers who point to “significant differences in the patterns of emoji use between countries, languages, and cultures”, while Jonathan E Abel sees emoji as the most effective effort yet to create a “universal pictographic script”.

Still, for all that the Unicode Standard now (as of March 2020) includes an incredible 3,304 emoji, here at Surveyapp we’ll always reserve our biggest affection for the humble and original smiley.

It’s not just in our logo, of course, but also appears in our email surveys and terminals all over the world, in all kinds of environments – and from the feedback we constantly gather, we know that the smiley not only has widespread recognition around the globe, but is genuinely effective in helping to build an emotional connection with the customer. 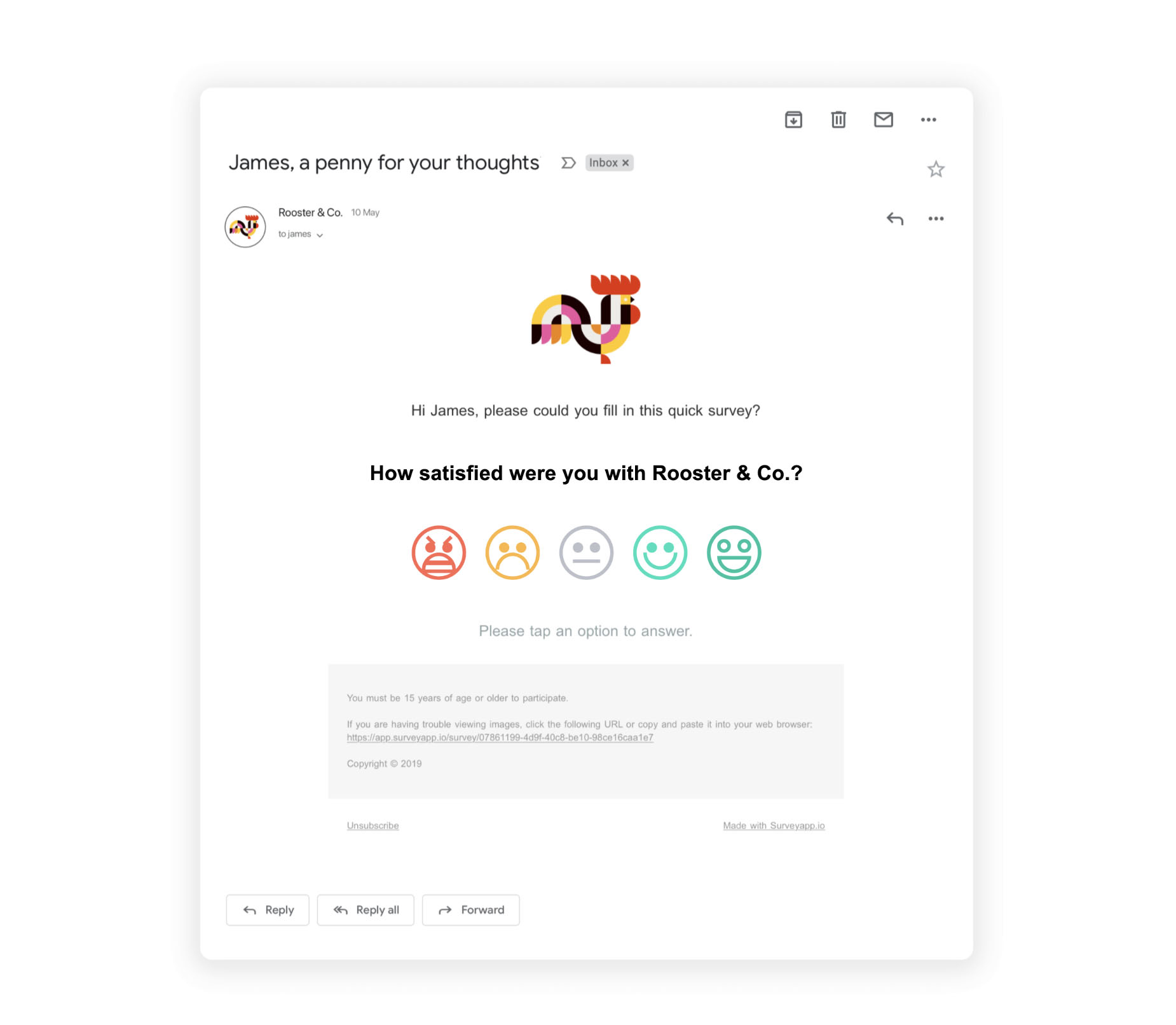 With science seeming to back up these assertions – suggesting that seeing a smiley icon activates the same part of the brain as when we see a real human face – there really is plenty to be happy about 😊.